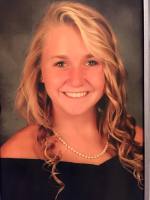 Miranda joined ACD after an awesome gymnastics career. She is now diving for the University of Florida with her older brother, Dalton.

Prior to Florida
During Goss’s time at Mandarin High School, she was a two-time (2013 & 2014) Florida High School Athletic Association state qualifier and top-10 finisher. Also in 2014, Goss was a USA Diving spring and summer region seven championship qualifier on both the one- and three-meter boards. In addition during the summer, Goss was a Zone D championship qualifier on the three-meter dive. This year, the Jacksonville, Fla. product competed at the 2015 USA Diving All-Star Challenge and was an AAU National Qualifier. Her brother, Dalton, dives for the Florida men